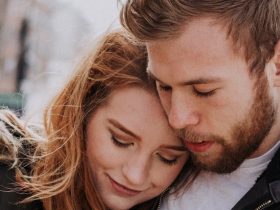 I’m Sorry Paragraphs For Her That Will Work Wonders

Starting a relationship with someone can be the best feeling in the world. In the beginning, you may feel a bit nervous and have doubts about which types of questions you’re allowed to ask her.

But there’s no need to panic! If you need some help, here are the 16 deep questions to ask your girlfriend that will help you get to know your soulmate!

Deep Questions to Ask Your Girlfriend With Explanations

1. How Would You Describe Yourself? 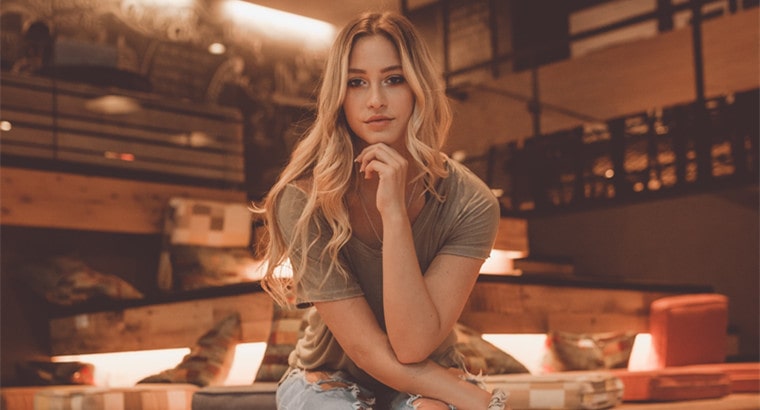 Although this may seem like something you would ask (or be asked) during a job interview, it’s actually incredibly useful for relationships as well. Namely, it’s pretty challenging to describe ourselves to other people.

2. Do You Think You Are a Good Person?

Apart from the first question, this is one of the most insightful ones you could ask your girlfriend. There are basically two ways she can answer this: yes or no.

Keep in mind that no one can be both a good person and feel faultless at the same time. Ultimately, to be good means that a person needs to be aware of their flaws. More specifically, they should be aware that perhaps not all of their actions in life would be considered “good” in other people’s eyes.

Consider this: only a bad person will think of their character as flawless.

3. What Is Your Worst Regret?

Depending on how long you’ve been together, you can choose to ask this question two ways:

• What is your worst regret, or
• Do you have any regrets?

Ultimately, most people will have at least one regret in life. Whether it’s a job they didn’t apply for or something they’ve done in the past, there’s usually a story to tell.

With that in mind, if she decides to answer this question, it’s a sign that she trusts you enough to share her vulnerabilities with you. Equally important, you’ll get a glimpse into her past.

4. What Are Your Beliefs?

Some people will immediately discuss religion as soon as they start dating. In fact, sometimes a relationship sparks due to similar beliefs. On the other hand, you could date someone for several months and not have a clue whether they’re religious or an atheist.

Yes, discussing this can be tricky, but it doesn’t have to be. Don’t ask her if she’s religious, but rather whether she believes in something. Ultimately, she can believe in a higher power that isn’t God, or she may be a person that believes in fate. 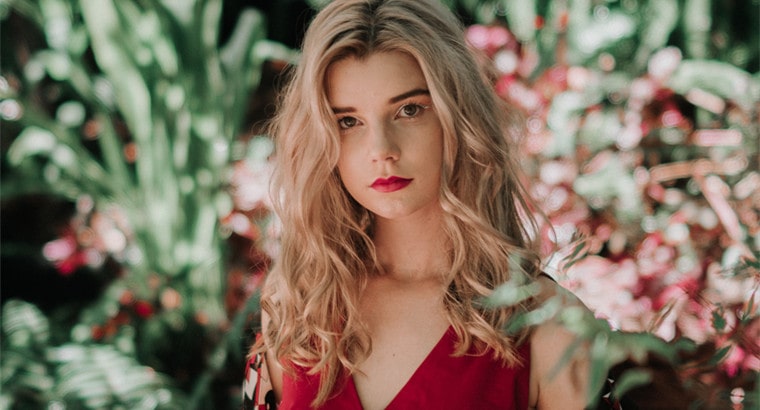 Regardless of whether she’s a person who loves all animals, she probably has a preference when it comes to dogs and cats. Ultimately, her answer may tell you a lot about her personality.

Since dogs are faithful, energetic, playful, and easy to get along with, most dog-lovers will have similar traits. On the other hand, it’s thought that cats are more aloof and less agreeable and that it takes a lot more effort to train them.

Furthermore, some people like to categorize dog people as more extroverted than cat people. Obviously, this isn’t a rule, but you’d be surprised at how accurate this is in some cases!

6. What Is Your Favorite Movie Genre?

While this may seem like a relatively shallow question, you’d be surprised how much you can learn about your girlfriend by asking her what her favorite movie genre is.

Essentially, everyone gravitates toward a particular genre. Perhaps your girlfriend is the type to enjoy being swept away by a romantic comedy? Or maybe she prefers being transported into a fantasy world?

Some people think it’s as simple as “comedy lovers are fun to be around while horror fans are likely to be cynical and introverted”. However, research has shown otherwise.

7. What Is Your Favorite Music Genre?

Yet again, while this may not seem like a deep question, getting to know what kind of music your girlfriend likes is crucial for any relationship. Ultimately, everyone has a favorite genre, and you’re bound to bond with someone who has a similar taste in music as you do.

Furthermore, just like with movie genres, research has linked certain music genres to different personality traits. For example, pop music lovers are usually extroverted and honest but can lack creativity. On the other hand, metal music lovers are typically introverted and gentle yet incredibly creative.

8. What Do You Hope Never to Have to Do Again?

The longer a person lives, the more complicated their life can be. Namely, some subjects may be too difficult to discuss during the first stages of your relationship, but as time goes by, you’ll want to know everything about your partner.

This question will allow you to gain insight into the more meaningful aspects of your girlfriend’s past. Getting to know about any experiences she would like to avoid in the future means a lot. It can help you steer clear of any awkward situations and cultivate empathy by understanding her character.

9. What Do You Consider a Dealbreaker? 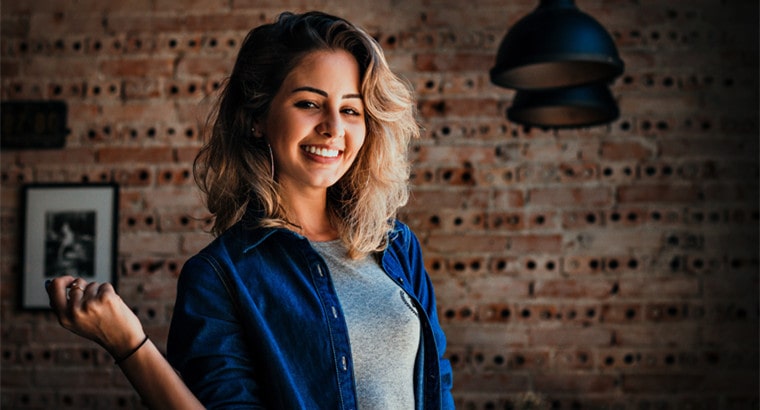 Most people have relationship dealbreakers that are associated with unforgivable acts. Getting to know what they are will help you both. Ultimately, you should consider asking her this question early on in the relationship to avoid early conflict.

For example, she may think smoking is a dealbreaker. Obviously, if you’re a smoker, this provides you with some food for thought. Quitting this habit isn’t easy, but if you’re serious about pursuing a committed relationship with your girlfriend, it’s worth trying.

Equally important, this question will also give you a chance to discuss what your dealbreakers are. For example, you may not tolerate messiness or staying out late every weekend. Overall, it’s worth discussing which behaviors you both find acceptable versus which behaviors you can’t stand.

10. Do You Follow Your Heart or Approach Things Logically?

As with most of the previous questions, there is no right or wrong answer here. Someone who listens to their heart is typically more emotional, whereas those who logically approach things are more calculated.

The best part is that it can actually be better if your answers don’t match. “Heart thinkers” and “head thinkers” can really balance each other out.

Gaining insight into your girlfriend’s dreams will help you better understand her goals and values. Not only that, but you’ll also be able to determine whether your dreams align with hers.

For example, you could dream of starting a family in a couple of years, whereas she may not want to have kids at all.

This question is especially important if there is a significant age gap between the two of you. People at different stages in their lives usually have entirely different hopes and dreams for the future.

12. What Do You Find Stressful?

No one is immune to stress. By asking your girlfriend what she finds stressful, you’ll get to better understand her personality traits. For example, if she says something as mundane as “standing in line”, there’s a good chance she has trouble with patience when it comes to other things as well.

This also means she may not be the most understanding person and that she won’t be able to help you out when you’re feeling stressed.

While this doesn’t have to be a dealbreaker, you will need to either come to terms with her impatience or try to come to a mutual understanding. 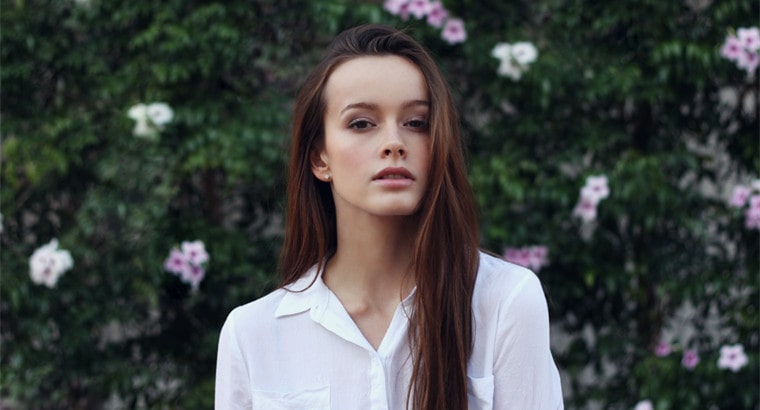 A question like this can help you learn about your partner’s core values and how she is in her personal life.

If she likes spending a lot of time with her family, she is likely hoping to start a family of her own in the future. People who grow up in a healthy family environment are likely to have a healthy relationship with their significant other.

On the other hand, if she doesn’t have much of a relationship with her relatives, things can go either way. Yes, it’s possible that she won’t be able to form a meaningful bond with her partner because of her family situation, but it could also go in the other direction.

In some cases, a person from a torn home will strive to better themselves and will show more understanding toward their partner.

Not everyone’s idea of “fun” is the same. Perhaps you like to go on hikes on the weekends, and she likes to spend her free time reading. By asking her what she likes to do for fun, you’ll be able to plan some activities for both of you, and you’ll find out whether she’s an outdoor or indoor type of girl.

But, again, if you’re not on the same page when it comes to having fun, it’s important to be understanding. There’s no need to immediately break thing’s off just because you think you’ve hit a snag in the relationship.

Instead, this could be a great opportunity to shake things up! Do some of the things she likes one week, and then do something you enjoy next week. Best of all, you can have fun finding some activities that you will both enjoy.

15. What Would You Do If You Won the Lottery?

This question really brings everything out in the open. It’s one thing to ask a person what they dream about, and it’s another to ask them what they would do if they won a ton of money.

Next, you will find out whether she is the type of person that likes helping people in need. Would she donate to a charity, or would she rather spend her winnings traveling the world?

16. What Is Your Love Language?

Finding out what your girlfriend’s love language is can really save you a lot of time and effort (not to mention money as well). At the beginning of every relationship, buying gifts for your significant other’s birthday, Valentine’s day, or any special occasion can be a nightmare.

While buying her jewelry or flowers may seem like the obvious option, some people will appreciate other forms of affection more.

Perhaps she likes giving gifts more than she enjoys receiving them? Or maybe she would appreciate breakfast in bed once in a while? She may not even like flowers at all. But, the only way to find out is to ask her.

In the end, regardless of what her love language is, being aware of it will do wonders in helping you meet her needs. But, while it’s useful to find out what she likes, it’s equally important for you to tell her what you like.

Honestly, the world would be a better place if more couples would be honest with each other right from the start instead of hiding their feelings! 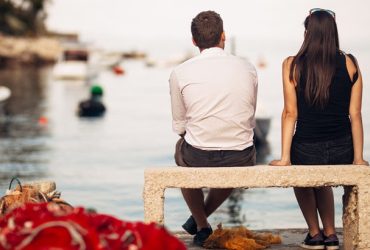 Potential Dangers In Your Relationship 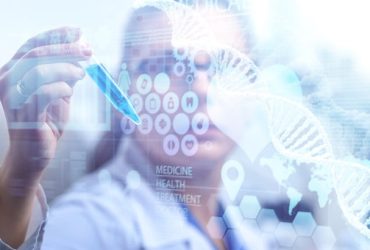 Why Do You Need Genetic Testing Before Marriage 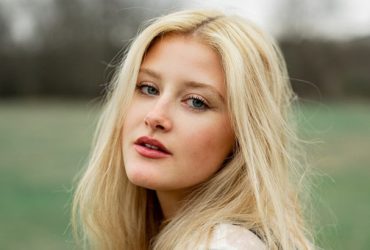 Cute Ways to Ask Someone to Be Your Valentine: 6 Ideas