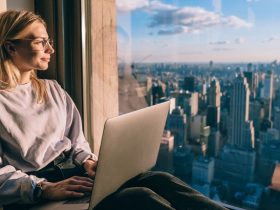 Women have been welcome in the workplace for less than a century, and though many had hoped for more fair and equitable representation of the genders in business leadership by this point in the 21st century, it is worth noting that many of the largest and most powerful organizations have been led by female CEOs.

To see more women in positions of influence within business, we need women to inspire and support one another. To that end, here are some of the most famous and influential female CEOs in history and what current female professionals can learn from them.

When Nike Inc. was accused of using child labor in Pakistan to manufacture their shoes, the corporation hired Maria Eitel as its first Vice President of Corporate Responsibility. Since then, Eitel has been heavily invested in helping Nike do good. Using her experience at Nike and at the White House, Eitel founded the Nike Foundation, which leverages the power of the Nike Brand to enact positive change around the world.

As CEO, Eitel launched the Girl Effect, which strives to end the cycle of poverty by improving circumstances for adolescent girls in developing nations. Eitel’s work shows that compassion and ethical behavior should never be undervalued in one’s career.

At just 19, Jessica O. Matthews invented a soccer ball that can generate power. At 22, Matthews founded Uncharted Power, which uses the same principles as her soccer ball to harness the power of energy in motion and utilize it as renewable energy for communities around the world. Though young, Matthews demonstrates how important innovation can be, especially early in a career.

After suffering through a sexual harassment and discrimination lawsuit at Tinder, Whitney Wolfe left to create her own dating app: Bumble. Wolfe’s perspective allowed her to innovate in this lucrative space; giving female users the power to make the first move allowed them to feel safer and more in control, increasing their engagement with the app.

Wolfe’s career story tells female professionals that their background and perspective matters and that they should pull from their personal experiences to innovate products and strategies.

In 1989 in Indianapolis, Martha Hoover opened a restaurant called Café Patachou. More than 30 years later, Hoover has translated her restaurant’s success into a female-led company that operates dozens of restaurants around the world.

Hoover’s restaurant model involves locally sourced ingredients and humanitarian values, including a commitment to feeding impoverished children. The growth and support of Patachou Inc. shows how a community-minded strategy can pay off for entrepreneurs and their organizations.

Amidst her studies at the University of Western Australia, Melanie Perkins became frustrated by the denseness of existing graphic design programs — so she created Canva, an intuitive and sleek design app that anyone can use for free.

After gaining support for her idea, Perkins became one of the youngest female tech CEOs in the world, and her company is now worth over $1 billion. The tech industry continues to grow and evolve, offering innovative women many opportunities to thrive and succeed.

A successful woman committed to helping all women find success, Judy Vredenburgh is the president and CEO of Girls, Inc., a non-profit company that offers education and advocacy programs to encourage girls to engage with STEM. Astonishingly, Girls, Inc. was founded in 1864 as a means of training girls to become wives and mothers.

Thanks to women’s rights movements and the work of CEOs like Vredenburgh, the organization now helps girls of all social and economic levels thrive in STEM careers. Similarly, female professionals might take advantage of women’s leadership programs to gain the skills they need to succeed along their own career paths.

Katherine Ryder has hopped through several career paths, from journalism to tourism to venture capital — but all were failures. Using her experiences, Ryder identified an unaddressed niche: helping women receive the support, resources and education they need from the healthcare system. Ryder’s app, Maven, improves the quality of life for women in healthcare and women interacting with healthcare.

The most important lesson from Ryder’s career is her unwillingness to give up and settle. By continuing to believe in herself and her ideas, Ryder has built a powerful business and effected positive change.

The strength of women is growing in the workforce, and the stories of the powerful female CEOs listed above proves it. By investing in oneself and one’s ideas, a woman professional can achieve her wildest career dreams. 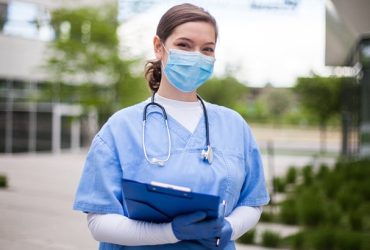 Can Nurses Own A Medical Practice? 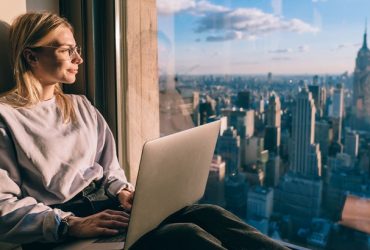 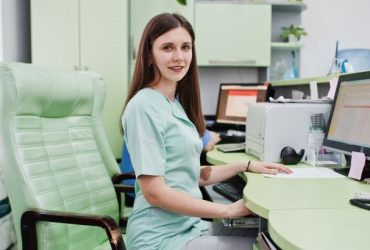 How To Get Into Healthcare Administration