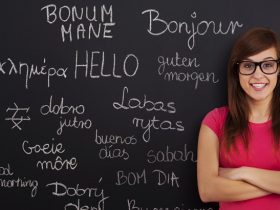 You need to learn the phrases like congratulations, sorry, you’re welcome, or thank you in French as they hold prime importance in building and maintaining healthy social ties. When you first start learning some phrases for “you are welcome” in French, they may seem strange at first but once you learn them, you will realize their importance in daily life conversations.

In this guide, we will go through the various ways to say “you are welcome” in French, what they all mean, and when you should use them. It is significant to understand their contextual use and how it is crucial to use one phrase over the other in some situations.

So without any further delay, let’s explore some polite and heartwarming ways to say you are welcome in French.

De rien is the first form of “you’re welcome”. This is not surprising given that de rien is the most commonly used “you’re welcome” phrase in France. Many people dislike it because it literally means “from nothing,” which could imply that what you did was insignificant or unworthy of gratitude.

De rien is typically used in response to simple courtesies or friendly favors, such as holding the door open for someone, complimenting someone, or patronizing a business. The phrase isn’t exactly self-deprecating, but it does minimize the action.

However, we should avoid reading too much into the word-for-word translation. Language is far more subtle than that, and literal translations are rarely successful. That means even if de rien literally means “from nothing,” you should not avoid using it.

Small acts of kindness count and de rien is used and understood in the same way that “you’re welcome” is in English.

A: Quelle belle robe! (What a beautiful dress!)

The most formal, traditional way to say “you’re welcome” in French is “je vous en prie.” This is the phrase to use in a business setting or when you want to show someone special consideration.

A: Je vous remercie de m’avoir considéré pour ce poste. (Thank you for considering me for this position.)

Je is the first-person singular pronoun, which means “I.” The formal or plural second-person pronoun “you” is Vous. Because vous is a direct object, it comes after the subject and before the verb.

In some sentences, the pronoun en replaces de (of, for) and its object. It refers to the action that prompted gratitude and is equivalent to “for it.” Finally, prie is a verbal conjugation of prier (to pray).

It appears to be a strange, stuffy old phrase from a medieval court. Technically, it’s a request for permission to do whatever you were doing in the first place. This phrase, in a sense, completes the conversational cycle.

The cycle starts when a specific need is presented: say you’re on the métro. The bus is full, and an elderly lady board. The action comes next, in this case offering the woman your seat. Acceptance and gratitude follow: The woman sits and thanks everyone (thank you very much).

Finally, you respond with je vous en prie, a humble reference to the action that completes the conversation.

Je t’en prie is essentially synonymous with je vous en prie. The formal you pronoun has simply been replaced by tu, the informal you.

As a result, you get a semi-casual way of saying “you’re welcome.” It’s informal because you address people as tu, but it’s also formal because it has the same construction and sense of permission as je vous en prie.

It’s more formal than de rien, but less formal than je vous en prie. So, when would you put it to use? If you simply want to be extra polite or if your gesture was particularly generous, such as giving someone an expensive or deeply meaningful gift, je t’en prie is a good option.

A: Merci mille fois pour le cadeau! J’adore ce jeu. (Thank you very much for the present! I love this game.)

You can now learn French online with italki. Under the supervision of qualified French teachers, you will not only learn how to speak and write French but you will also be able to learn the contextual use of different phrases, expressions, and greetings. You can book your lesson plans by visiting italki and letting the learning start!

Pas de problème translates literally as “no problem.” This phrase, like the one in English, can be used to reassure your converser that your kind gesture was not an inconvenience to you.

When someone goes out of their way to assist you, you may be concerned that your need has taken up their time, or you may even feel burdened. Pas de problème would advise you not to worry about it. Similarly, you can say it to comfort someone you have helped.

A: Merci de m’avoir attendu. Le train est arrivé en retard. (Thanks for waiting for me. The train arrived late.)

It literally means “there is no what,” which probably doesn’t tell you much about what it actually means. The phrase is derived from the negative particle pas de (no, none) and the interrogative article quoi (what). In short, “there is no reason [to thank me],” as the saying goes.

It is similar to de rien in that it implies that appreciation isn’t required. Il n’y a quoi is also informal, so you can keep it for everyday gestures and avoid saying it in a formal setting.

A: Merci pour la pasta. (Thanks for the pasta.)

Avec plaisir (with pleasure) is a common response in southern France, particularly in Toulouse, but it may sound awkward in other parts of the country. Fortunately, avec plaisir is simple, especially for English speakers, because it is nearly synonymous with “my pleasure.”

However, keep in mind that the direct translation of “my pleasure,” mon plaisir, isn’t commonly used in French and would sound strange. However, in southern France, avec plaisir is a tempting option for expanding your vocabulary and sounding more like a local. Plaisir expresses that you enjoyed what you did or were happy to assist or help.

A: Merci pour la lettre que tu m’as envoyé. (Thanks for the letter you sent me.)

B: Avec plaisir. (With pleasure/you’re welcome.)

You can become good at French if you explore a little history or background of a particular phrase. It will help you know the areas where it is used and where it is considered a bit awkward.

À votre service, which means “at your service,” is one of Switzerland’s local expressions. It is just a polite way of saying you were doing your duty.

Also, because this phrase contains the formal possessive pronoun votre, it is appropriate to use it with people you don’t know well. This is especially true if you are performing an official function, such as waiting tables at a restaurant or working at a hotel.

A: Merci beaucoup! Le dîner était excellent. (Thank you very much! The dinner was excellent.)

The Canadian province of Québec uses the phrase bienvenue. In French, bienvenue means “welcome”. While this is a common and certainly helpful expression, the same word is sometimes used in Québec to communicate “you’re welcome.”

A: Merci pour le café. (Thanks for the coffee.)

We have certainly expanded your options for saying “you’re welcome” in French but we understand that in the middle of a conversation, you probably don’t have time to go through a list of possible responses, weigh each one, consider contextual factors, and finally settle on the most appropriate choice.

When in doubt, just remember: je vous en prie for formal situations and de rien for informal ones. These two are widely used and aren’t unique to a particular region.

You need to practice different social situations in order to be a pro at choosing the right phrases. You can also learn to tell the time in French so that you can expand your French vocabulary and have French conversations about time. 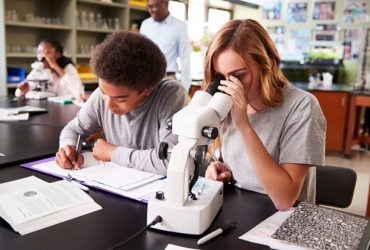 The Complexity of IB Biology SL and Its Impact on Students 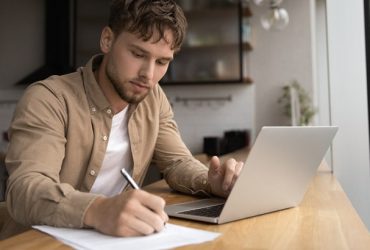 Benefits of Writing by Hand 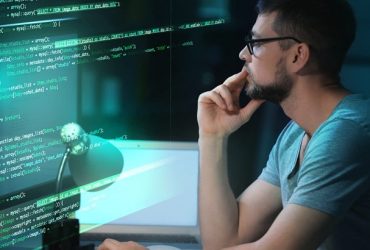 8 Tips to Become Better at Programming